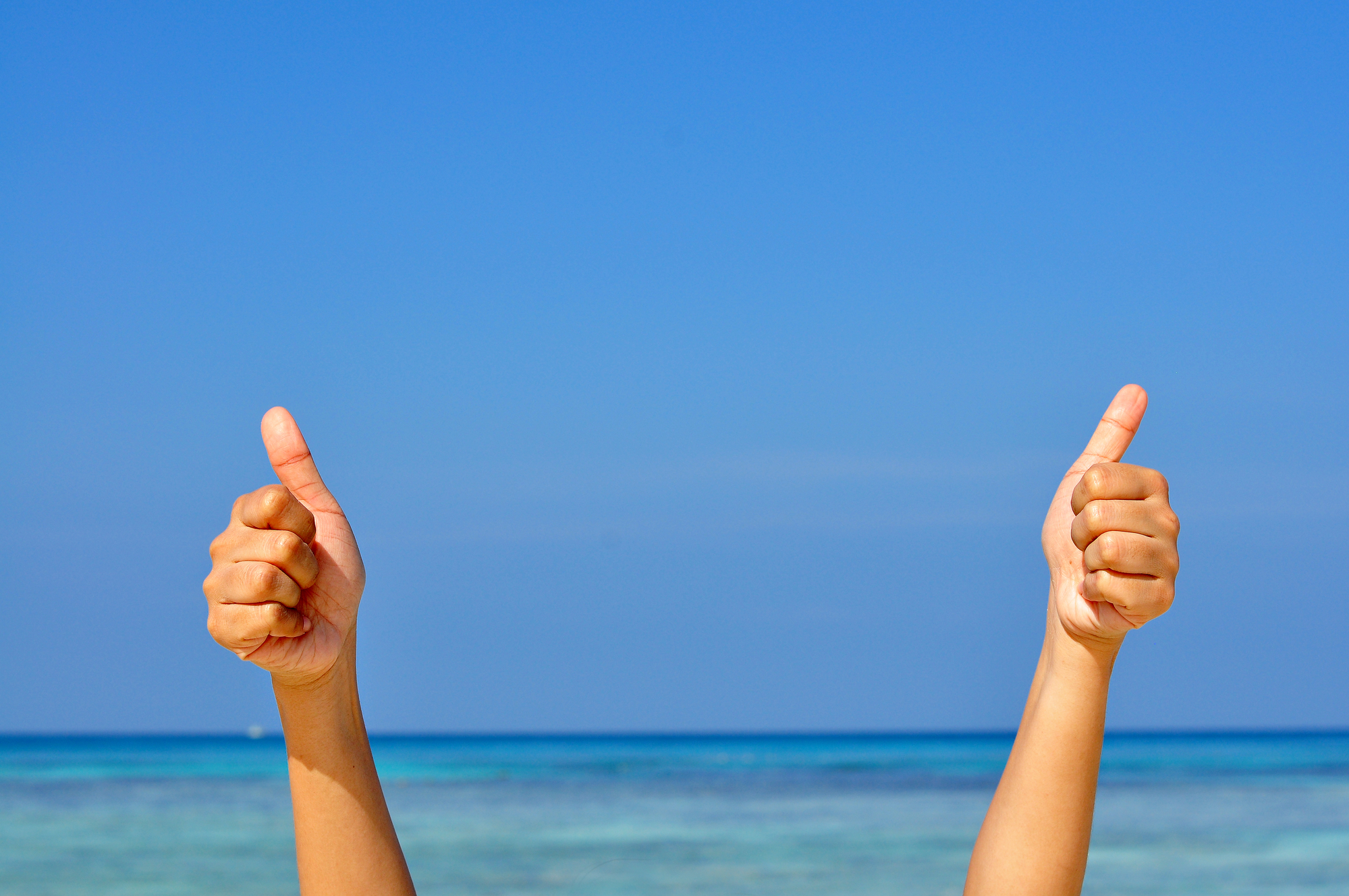 Note: This feature is still being rolled out and we have some reports from users outside of the USA that this feature may not be available just yet. As such, if you do not have it yet keep checking. We only know this works in the USA at the moment. (But if you have it and live elsewhere, message us!)

More often than not, a new feature on Facebook causes us to groan. It is quite rare that they roll out something new and actually useful to business owners, but when they do there is reason to celebrate.

So when they rolled out the ability to bulk invite people to like your Facebook page in just a few clicks, we were giddy with excitement. This is a tool we've been wanting them to roll out for years, and is going to make all of our lives easier in just a few simple clicks!

So in this one, we thought we'd share more about where you can find this new tool, how to use it, and why it is so helpful.

Shout out to Uncovering PA for this great tip!

Why Inviting Likes on Facebook Used to Be Tedious 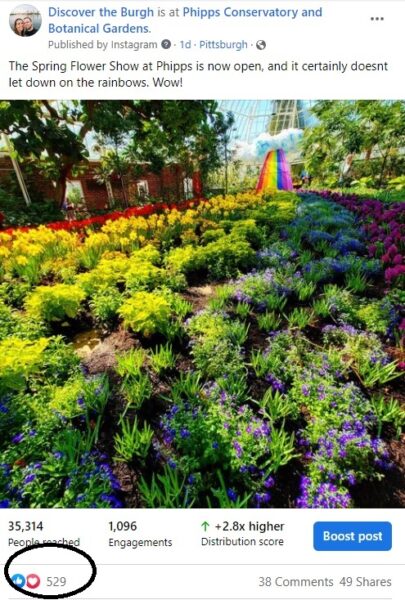 Inviting people to like your Facebook page has always been both the best and the worst feature on the social network. We always thought it was great because it was a wonderful way to grow our pages to get more organic views over time (especially to capitalize on any viral shares), but it was also terrible because you had to send out the invitations manually.

The historical process here was that you would go to any given update, click the number of total engaged users (circled in the image above), and a popup would appear with user names of those who engaged and the ability to invite non-connected users to your page.

Every time you clicked “invite,” the user would get a push notification to join your page, and for many of our profiles a not-insignificant percentage would end up becoming followers (of the nearly 110k people that follow my local blog, I wouldn't be surprised if more than half were because of me sending out invite requests- that's a lot of sends!).

If you haven't done this before, you can imagine just how time consuming this process really is but we simply did it because it was quite effective all the same.

Thankfully, at some point in early 2022 it appears Facebook quietly introduced a way to bulk invite these users to like your pages, and it is a complete gamechanger as the entire process can be done in just a few clicks! 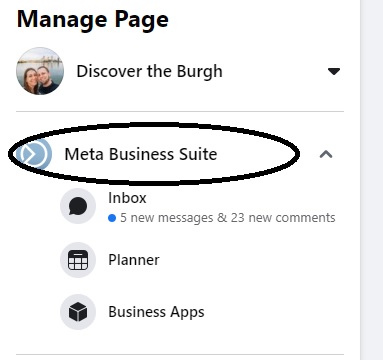 Meta quietly rolled out a new way to bulk invite likes to your Facebook page in early 2022 (as far as we can tell) and the process to do this is incredibly simple. We will break up how to do this on both desktop and mobile here as the location is slightly different between the two.

On desktop, you simply need to go to your Meta Business Suite dashboard (circled link above), select your profile in the top left, and scroll down to the Audience Growth section (right after Recent Ads if you have any and before Content Inspiration). Here you have options to invited engaged readers (if any exist) and to invite friends.

Click the Send Invites button on the right-hand side, wait for the pop-up to load, and you can then select who you want to invite.

The process here can either be done manually by user name or via a dropdown by selecting general reaction types. When you do the latter, it automatically selects all users within that reaction type making for a really easy way to bulk invite users!

Perhaps the best part about isolating users via reaction type is you can avoid those who use the haha or angry emojis as, in our experience at least (and for those outside the comedy department), are generally used by people who we don't want following our pages to begin with.

That really is all there is to it on desktop!

On mobile, the process is the same with one slight difference (and some major bugs we'll talk about below). Simply open your Business Suite app on your phone and go to your page's Home screen (click the Home link at the bottom if you are unsure). Scroll down past your Recent Posts, Recent Stories, and Recent Ads and you'll find the same Audience Growth section as above.

The same logic applies here as on desktop where you can select users to invite based on reaction type and bulk send invites in a click.

Now, we really love the idea that you can now bulk invite people to like your Facebook page in a click as this is going to save us hours of time every week in growing our Facebook pages. But in practice, we've found a few bugs that we hope resolve themselves as this one becomes more popular.

First, the feature is hit or miss in how often it works on mobile. We send the invites out, the screen looks like it processing, and then nothing happens. I've had a few bulk invites go out fine on my phone, but more often than not it looks like the feature times-out here and doesn't actually send the invitations. So try this one on desktop whenever you can as the success rate here is much greater.

Second, we sometimes receive an error message when sending out invites- especially when its a smaller user count (generally < 10). I'm not entirely sure where the origin of this one is, but I would speculate that at times the feature thinks you may have some users to invite, you click send, and it then realizes you, in fact, do not. More often than not I see this on my newer pages which grow more slowly than my larger ones, but it does appear to be a glitch that pops up from time to time.

Third, as far as we know there is no way to remove people from the queue for this based on emoji type. So those people who put angry face will live in the queue for eternity with us ignoring them.

Finally, while the program seems to let you invite people who engaged with content up to six months in the past, in practice our numbers didn't seem to match up. On my local blog, for example, I can typically invite hundreds of people per week. On my first test, it only showed me 250 as being available. This was most certainly not six months worth of users. After I invited those, the rate at which new users appeared seem to match what I'd expect, so you may not expect a huge number at the start. I wouldn't be surprised if they only started letting you invite users who engaged after this feature rolled out, but will hold them for six months later on.

Ignoring these bugs, this new bulk invite feature is going to be a major time saver for many bloggers. I often dreaded going through and inviting users to like my page each week (often for hours at a time) and other bloggers spent marketing money on VAs to do this work for them. Now, all you have to do is head to your dashboard periodically (I do a couple times a day to send that invite out quickly as opposed to my previous weekly sends), click a few buttons, and you're good to go!

This has been a feature we've been dreaming of for years, and it feels like a long-time coming that Facebook finally gave a new tool that is actually helpful for users.